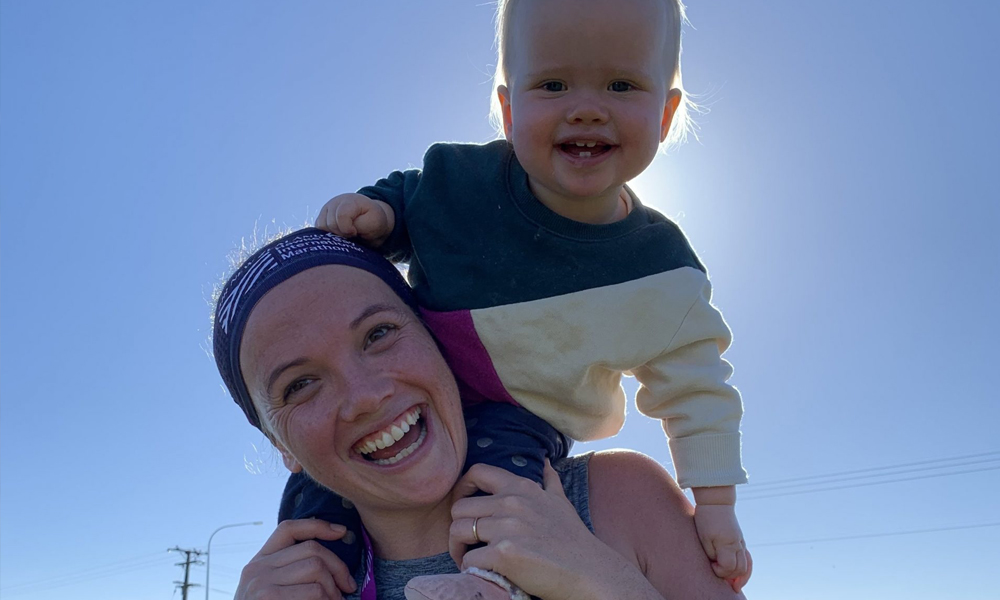 Childbirth to half marathon in 1 year – my training programme

Last weekend I did the Hawkes Bay half marathon – and smashed my goal of completing it in under 2 hours! I finished in 1 hour 54 minutes and I’m bloody stoked about it (training in hilly Auckland must’ve helped!). I have a one year old baby, and signed up to the half marathon when she was a few months old. A few people have asked how I trained for it, so here is my training programme.

Running is pretty full on for your body, and (as many of you know) so is childbirth, no matter which way you did it! Women need time to heal, particularly in the pelvic floor and abdominal muscles after pregnancy and delivery. The pelvic floor can take about a year to heal completely after a vaginal delivery, and a similar time is needed for a c-section scar to reach full strength. Keeping this in mind, I kept my exercise low impact for the ‘fourth trimester’ after having a c-section, and even though I felt I could physically go for a run at about 6 weeks post natal, I held myself back until the 3 month post natal mark. I have seen too many women return to high impact exercise too early and end up with permanent damage. You can read more about my early post natal exercise regime here.

When my baby was 3 months old, I got a post natal physio assessment done, to make sure I was ready to run. This included:

Asking whether I had any of these problems:

Or any of these risk factors for potential issues returning to running:

Plus a testing of the following: 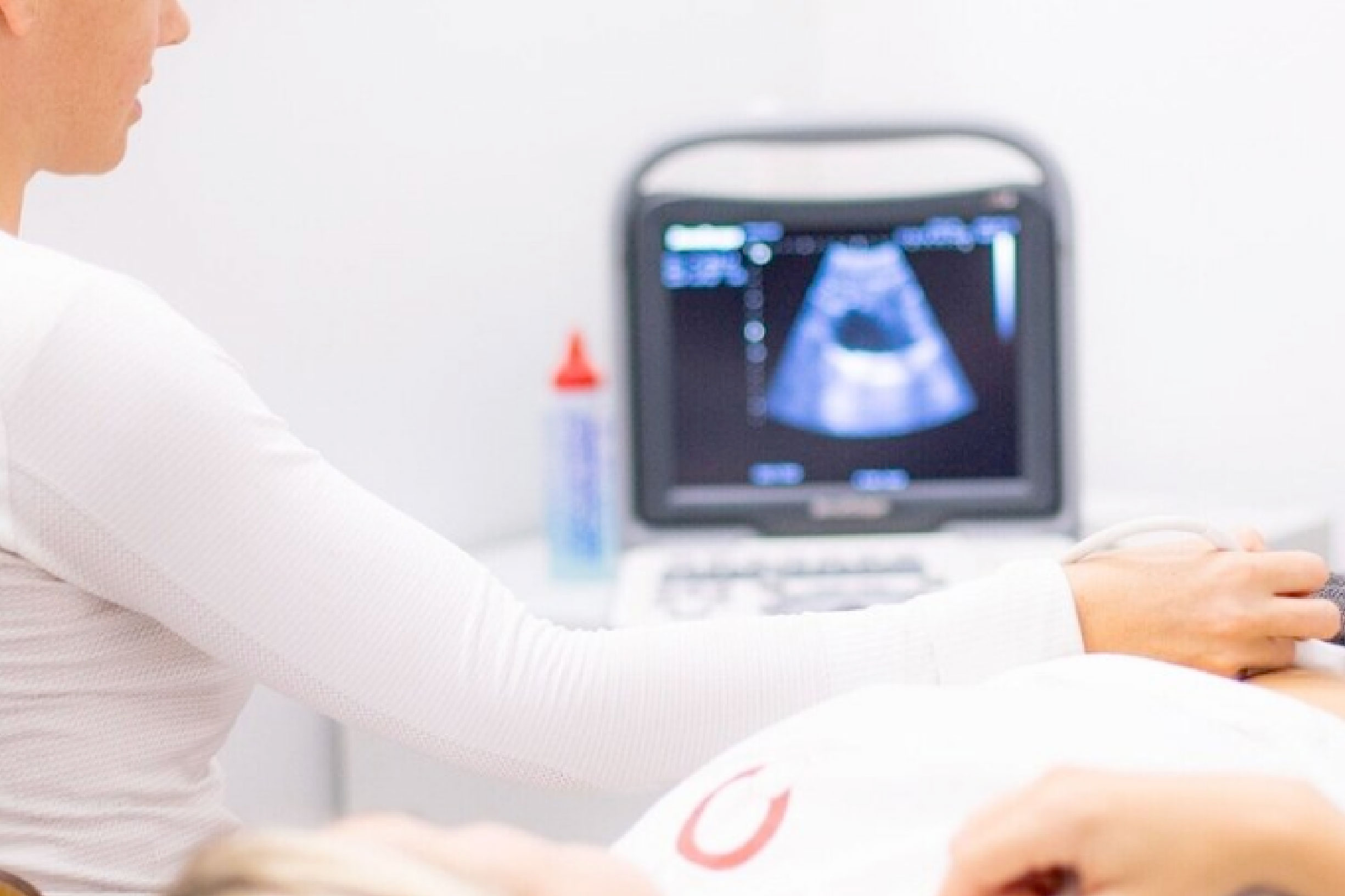 ⁃ Single leg squat 10 times each side

⁃ Jog on the spot for 1 minute

*All of these were completed successfully without pain, prolapse symptoms or incontinence, so I passed the test! (Taken from the excellent ‘Return to running post natal guidelines’ – link below)

From my post natal assessment, I was cleared to start running, but I had these things to work on: 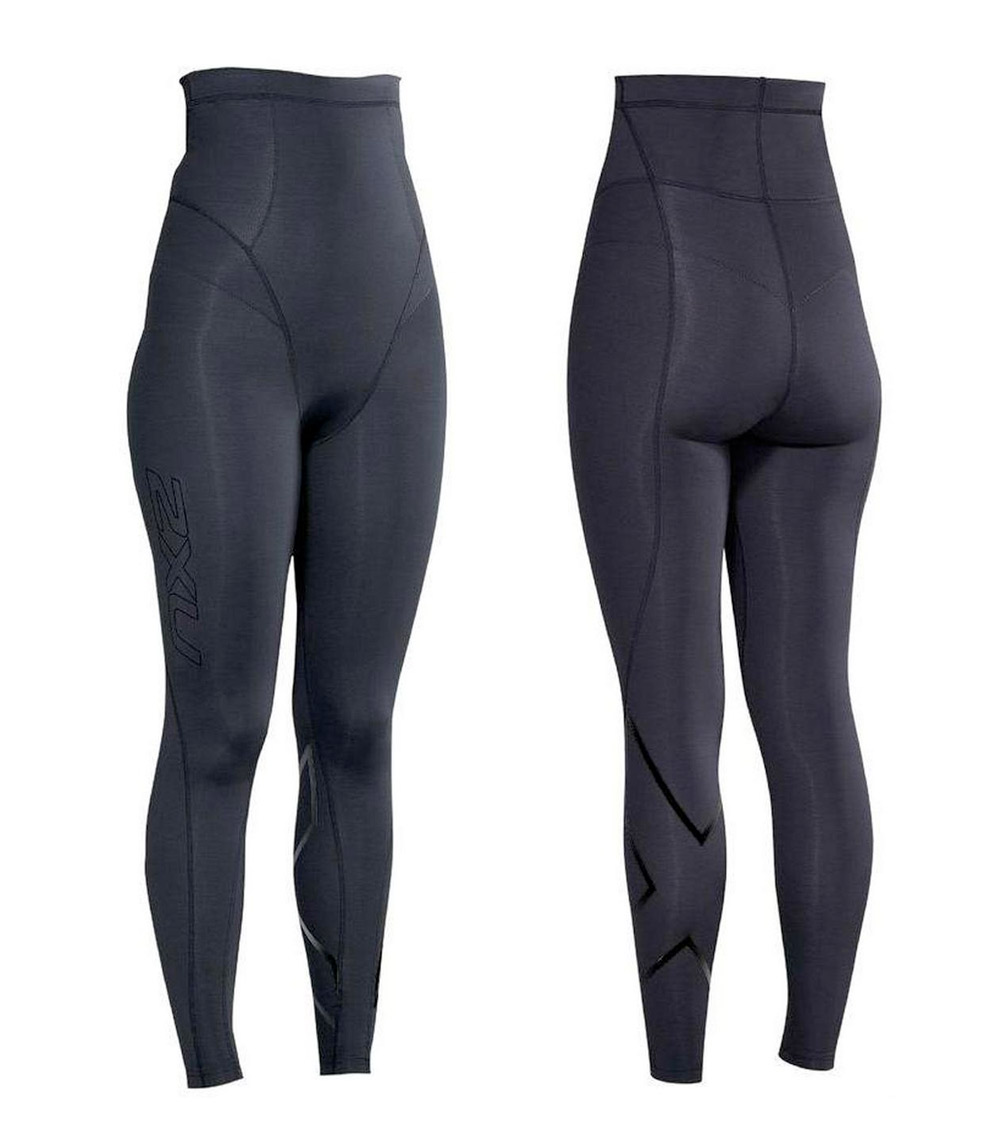 Plus, I made sure I had good, supportive shoes (Asics and New Balance are my favourite) and a supportive sports bra (2XU do a really good sports bra, it’s was like a harness for my big ol’ breastfeeding cans!). I also wore the super sexy 2XU post natal leggings for extra abdominal and pelvic floor support whilst running (designed with the help of a former pelvic floor physio colleague in Melbs – shout out to Claire Maule!). I was really strapped in!

I started running (slowly, and with focus on technique: pelvic stability whilst running, soft landing and posture) around 3 months after having my baby (which is quite early – most of my clients start running nearer to the 6-9 month post natal mark). I followed the 5K runner app, which speaks to you over your music and tells you to ‘run now’ or ‘walk now’. It is a 9 week programme, with 3x 30 min runs per week, starting with slow jog/walk and slowly increasing the run time until you can run 5km continuously 9 weeks later. I found the first few weeks pretty easy but, again, held myself back as I knew the majority of running injuries happen due to people increasing their running mileage too quickly. Plus, post natal women can be at further risk of:

For the majority of my runs, I went running without the baby, but I did do some runs whilst pushing her in the buggy. I was conscious that pushing a buggy whilst running alters my biomechanics and load on certain joints, so I made sure I didn’t push into speed or distance and was wary about my technique.

Once I could run 5km non-stop (at approximately 6 months post natal), I switched to the 10k runner app, but just did one long run a week (roughly following the app) and 1-2 short runs a week (30 mins either continuous, or based on intervals for speed – I use IntervalTimer app). Once I could run 10km non-stop (at about 9 months post natal), I did one long run a week, and increased the distance by 500m each run. I continued with my 1-2 short runs a week to focus on speed (and also that’s about all the childcare time I could get in a week!). On top of this, I did my own pilates exercise regime about once a week, focussing on glut, oblique, calf and leg strength, plus some full body yoga stretching at home.

Incredibly, I did not get one injury, and kept on top of my old ankle injury. I sincerely put this down to holding myself back in the early days, not setting unrealistic goals, getting a thorough post natal physio assessment, and SLOWLY increasing my training over time.

If you’ve made it this far through this blog; congrats! It’s nearly over. But you probably made it this far because you’re interested in running after having a baby, so here are my pearls of wisdom: